At Mayor Making, outgoing Mayor Cllr Tim Gill spoke of some of the highlights of his four years as Mayor of Ludlow

New Mayor of Ludlow, Cllr Robin Pote spoke of the future aims and ambitions of the council, and with new Deputy Mayor Cllr Viv Parry, he congratulated some of Ludlow’s fantastic volunteers on the great work they do for Ludlow - and read accolades for each of the 14 recipients of the Civic Awards.

Click the button to watch a video of Mayor Making 2021

Councillor Pote said, ‘Civic Awards celebrate the achievements of members of our community who go above and beyond to make life better for others.

These awards are made by Ludlow Town Council, but really they are a celebration of local people by local people.

We are still living through unprecedented times and many of these awards are for people who have volunteered during the pandemic, but all of these awards celebrate Ludlow’s fantastic community spirit.’

The Mayor and the Deputy Mayor of Ludlow asked the award winners to stand as they took turns to read the following accolades to the assembled audience.

This award is to say thank you to Jo Blakeman for all the help and support she has given the vulnerable people in Ludlow during the pandemic.  Jo has a strong belief in the value of encouraging people in local communities to support each other and is passionate about making this happen however she can.  She has helped develop and improve Hands Together Ludlow’s befriending volunteering service.   Jo works tirelessly with the team leaders to make sure no one is ever forgotten.  Thank you.

Penelope Bridstrup has steadfastly supported Ludlow Defib 4 You for over 15 years, and has served as secretary for 14 years.  In this role, she has been instrumental to the long term success of the group.  She has actively recruited new members, supported training events, fund raising, and worked with partner organisations to ensure the lifesaving defibrillators are available in public places in Ludlow.   Thank you.

Jane Cullen has been the Chair of South Shropshire Climate Action Group since it was formed two years ago.  Ludlow is proud that under her leadership, local volunteers have successfully created and published a Climate Action Plan for the Ludlow Constituency to achieve Net-Zero by 2030; and held a well-attended climate conference in September 2020.   It is testament to their magnificent ambition that MP Philip Dunne, who as Chair of the Environmental Audit Committee, wishes to showcase the Plan at the UN Climate Change Conference (COP26) in November.  Thank you.

Sharon Dahn has been inspirational in her support of local people during the pandemic - the more she learnt about what people needed, the more she gave.  Sharon is a very proactive volunteer.  She has supported people through her regular work on the community helpline, and she has intervened to get deliveries and medication to the right people.     She is full of ideas and enthusiasm and callers look forward to talking to her, and other volunteers are always grateful when they work from her detailed notes, or learn from her experience.   Thank you.

Richard Ellis has made an outstanding contribution to Ludlow's community through his many voluntary activities.  During the pandemic, Richard has been regularly delivering meals and groceries for Hands Together Ludlow, and is training in meal preparation.  He is an exemplary community volunteer, who has also regularly volunteered in support of Ludlow Assembly Rooms and Visitor Information Centre, Ludlow Green Festival Ludlow Residents Association, Ludlow Museum Archive, Ludlow Co-Wheels, the Repair Café; Ludlow Emergency Planning Group; and Let’s Get Together Ludlow.  Thank you.

June Emmerson's inspiring initiative has supported and encouraged Ludlow's community spirit.  During the spring and summer 2020, the plant, flower, and vegetable stall she organised at her garden gate in the Linney raised £1,000.00 for NHS Together, and a further £1,611.00 for Ludlow Food Bank. The stall was replenished every day and was well supported and popular with the many walkers exercising during lockdown.  Thank you.

Diane Garrini has provided outstanding and heart-warming support for the residents of Ludlow through her volunteering at Ludlow Food Bank, and Hands Together Ludlow.  During the pandemic she has run a volunteer food kitchen, working with the volunteers to create hot two course meals twice a week with care and professionalism.  Each meal service has helped up to 50 elderly and isolated people feel cared for, and to receive regular social contact when the food is delivered.   Thank you.

Hilary Grimm is affectionate known as the 'the queen of puddings' - a fabulous and well-earned accolade in itself.  Her patience and willingness to help others is the hallmark of her volunteering within Ludlow, her food is her ‘way in’ to helping others. Hilary's volunteering work includes Ludlow’s Job Club, The Furniture Scheme, Foodbank, Ludlow Sight Loss and Hands Together Ludlow.   Thank you.

Margaret Jennings is an excellent volunteer, who has been consistently willing to deliver prescriptions to housebound people, and give extra time for a friendly socially distanced chat that helps remind people that they are not forgotten.  Margaret uses her knowledge from a career in education to help identify any possible issues or concerns for people’s welfare and leaves no stone unturned as she seeks to make sure help and support is provided to the right people in the right manner.  Thank you.

Mark Mantle's efforts have helped improve the lives of dozens of people week in and week out throughout the pandemic.  He has made over 300 grocery deliveries to housebound people; delivered prescriptions to many people unable to collect their medication. In early Spring, Mark delivered emergency drugs to a rural address after a District Nurse was unable to get any of Ludlow’s pharmacies.  He has delivered over 1000 meals to vulnerable people in their homes throughout the months including Christmas Day. He’s driven hundreds of miles to collect and drop off foodbank supplies and helped individual people unable to afford to pay a handyman through volunteering tasks.   Mark always has time for people and to make people feel valued. When asked why he was good at helping people older than himself he replied “Well my nan brought me up a lot of the time when I was young and I loved her, I just hope someone did this for my nan.”  Thank you.

Andrew Moody has earned the heartfelt thanks and gratitude of the whole community.  He is an exemplary example of the power of great skills combined with a 'willing to make it work' attitude.  He created and refined an excellent process that enabled volunteers get prescriptions to vulnerable residents from the start of the pandemic.  He personally undertook deliveries and his process facilitated over 1,000 prescription deliveries - bringing hope and reassurance to many worried residents.  Thank you.

Cheryl Troy receives this accolade for brilliant work as a volunteer with local charity 'Young Shropshire in Work’ - mentoring young people to overcome obstacles and providing workshops to build practical skills to enable them to access work.   During the pandemic, Cheryl has been a fantastic asset to her community and used her tenacity to make sure even the most remote addresses received their prescriptions.   Thank you.

Ben Willis is awarded this accolade with a heartfelt community pride for his selfless deeds that have helped so many during the pandemic.  He has been a welcoming and steadfast presence at all the vaccination clinics at the Ludlow Mascall Centre.  He has been a reliable presence helping unwell older people with domestic tasks.  He is an ambassador for the excellent work of Ludlow's young people during the pandemic.  Thank you.

Eric Williams has always enjoyed being involved with the local community.  For a combined total of 37 years, Eric has been a clerk to four local alms house charities, and supported the community spirit at Sir Job Charlton Hospital Charity, Hosyer-Foxe Charity, Elizabeth Massey Almshouses, and Louisa Powell Almshouses.   The residents are very appreciative of the high standards of accommodation and emphasis on safety that he has helped to achieve.  Thank you.

We were sorry that only a few people were able to be present as we believe the volunteers’ supporting our community should be celebrated by the community.

The event was filmed by local media company, Wild Edric, and we would be delighted if you could  join us for the recorded live stream on Friday 11 June at 7pm. 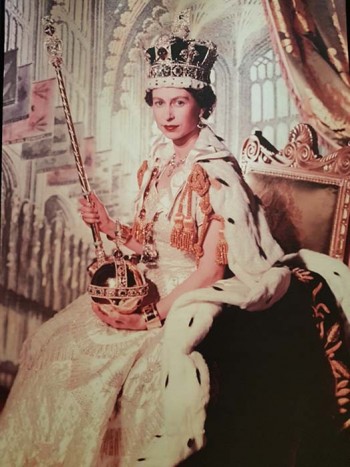